Short days come and go but lately they swing by almost regularly.

I have been inhumanely occupied by this team building project that we’re having next week. Okay, now I know it’s really hard to start from scratch. And to fashion your own training program will drive you crazier than you already are. Although I also reinforce the point that I, actually we, all do well when pressured. An effective style is to cram everything in two weeks, regardless if the budget office is threatening to ram your skull in your ass because you have to give at least 30 days for the government to pay for your incredible project. The punchline of it all is that we are only asking for $200. Anyway, we have Pinoy-style alternative plans in case our cards don’t play that well with Bangkok.

Okay, I’m still at it. This project is taking over more than half of my life. The remaining mortality I have is devoted to overwhelming workload and all the shebang brought by management transition. Change is never easy but at least we didn’t have this much in our hands the last time we changed “regimes”.

I’m broke and 20 hours short to satisfy a satisfactory day. Plus Mother Goose and I are still not talking.

It started on Friday night Saturday morning when I got home from Ben’s party. She wasn’t talking to me the next day and since I don’t talk to people who doesn’t feel like talking to me, everything silently escalated to the point that I was accused of acting like a queen in the house because I am the breadwinner. WTF? I was made to think of the fact that I cannot live on my own. DID I SAY ANYTHING LATELY ABOUT WANTING TO BE ON MY OWN? Yeah, I think of it a milion times a week but does it show? Hmm. Anyway, I am going to mature in a few millennia so for now I am not saying anything. Not one word. At least I didn’t say anything to the you can’t do it alone part. I was tempted to answer back that I can. I will struggle but I can. Anyway…

The party, yes. I was actually supporting a friend who likes Ben so I went. I’m glad I did. Ben has jillions of books that as I said in my flickr, I could stay in his house forever (or at least until he moves to the next Post, hahaha). The party was fine; met new people, danced, ate cheeses and drank lots of wine. When the party was on a lull, I sulked in one corner and read Kafka. Ben decided to give me the book (“I want you to have this, not borrow, but have this because…— I didn’t catch the rest of it because it was dark and I was already drunk and it was noisy. ). The paperback is a compilation of Kafka’s works and it has notes of Ben and his Dad on the sides of the yellowed pages. Ben said he used it once when he compared Kafka to Dostoevsky and this other cerebrally-twisted lit figure. So I gladly took it. The next Monday Ben asked me if I stole his book.

So I am reading Kafka only when Sophie’s batt gives up in the middle of San Andres Bukid traffic. At home I am into Harry Potter. I am about to start Book 4. I am still not that crazed about it but it’s a fun read.

Last Tuesday, ETC 2nd Avenue aired Studio 60’s 2nd to the last episode. I slept 15 minutes before it ended because I was too tired. I have to be home by 2 pm this Sunday to catch it again.

Today, Thursday, is a fine day. I waited for a cab for 30 minutes. Had I taken a jeep, I could have arrived on time. But jeepney rides make me look harassed in the morning. So I was late. Then I filed an hour-long leave. I worked. I was sucked to a petty drama involving the team building thingie. It’s really taking over my life, if I haven’t said so. Good thing I got an email from the budget office that the reimbursement for my official travel last April is already available.

Money makes the world go round, people. And I don’t have much of it lately. But lo….

Are you freakin’ kidding me???

And oh, guess who’s back? 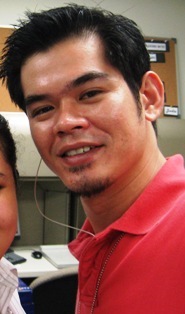 Yes, my undersexed  hopeless  moneyed  Korean  generous sex slave  object of ridicule  backup partner  friend Erwin is back! It was a picture of us but I deliberately cropped my face because it’s twice the size of his.

He didn’t forget to bring us this: 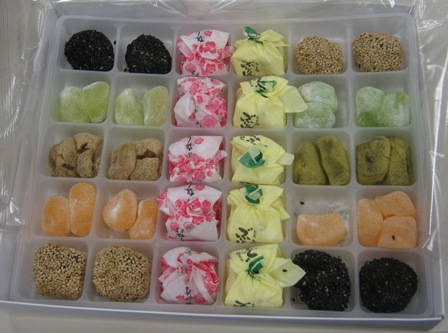 He said it’s the bestseller of the season. Yeah. Okay. Thanks anyway. Still waiting for my bookmarks though.

It’s time to get back to Harry Potter. No, I have to re-do my nails first.