Let me share something, uh, funny. It’s not that I don’t like men because I do.  I just cannot help but think something’s really wrong with them. They can be so annoying it actually makes them more adorable. 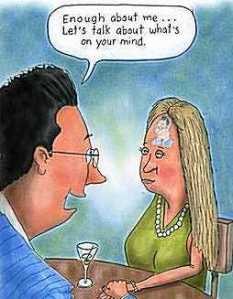 Remember my friend with a disaster date last week? Turns out she’s unstoppable in the dating scene so she went to one more after that.  Nothing wrong with it, she’s on the market with amazing credentials to boot. In a nutshell, last week’s date went like this: Guy arrived 20 minutes late, even if he came from a building 5 minutes away, unapologetic. Started asking her basic questions, talking about the weather, the industry they’re both in, yadda yadda yadda. Back to questions about her which he supposedly knew from the common friend who brought them together.  She felt odd about the questions not because they’re too familiar. The guy wasn’t talking about her! In short, the guy did his homework and came prepared but reviewed the wrong notes! After sensing it, she waited til the end of the date to tell him that. She’s vindictive like me so she aimed for humiliation where he can’t do anything about it anymore because they will be calling it a night. True enough, the guy was mortified. My friend paid for what she had and gracefully said goodnight. The guy has not called her since and it’s not that she’s waiting.  It really is one of the funnier anecdotes I heard lately.

So last night, she went to another one but she said it spelled doom five minutes after she sat down.  The guy was very gloomy because his ex just called blah blah blah and she sensed he may have made the ex feel bad about having a blind date on a Friday night. Oookay. To tell you that on your first date? What do you think of my friend, your therapist? Anyway, she endured almost two hours of sitting across him, listening.  The guy kept on apologizing but she indulged him so he went on anyway. I told my friend she could have led him to talk about something else. She said she’s not going to see him anyway so she didn’t see the point of giving him the chance to know her. Hmmm, may point sya.

Our common male friend chided us for making a laughfest out of these dates (isn’t he used to our gabfest over his disaster dates yet? We even impersonate them sometimes and it never fails to crack him up). Well, it’s really funny. And really, it’s also a way of laughing off something that she failed at. It’s part of life. 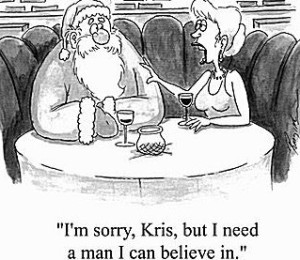 I cannot say much about it because my dating landscape has been plainly bland.  My last date was two years ago but it wasn’t a terrible one. The decision not to push it further was mutual. Take it from me who is so insecure…it really was a consensual decision to not see each other again.  His friend (who’s my blogmate) who set us up said I may have appeared too strong because he’s like this gentle sheep (hahaha). For my part, he’s fine, it’s just that he doesn’t read. It’s too shallow but probably it’s one of the more glaring ones that I saw in him.

I cannot choose who to have feelings for (obvious ba?!) but it just happens that I fancy men who read. Not necessarily the way I love it but you know, at least they do not feel uncomfortable while in a bookshop.  I told ECG that I kind of feel repulsed by them but in many positive ways the term repulsion can be (I couldn’t think of a concrete example but you get the drift).

Anyway, the gentle sheep and I must be moving on parallel paths that’s why it’s not good enough. After that I never tried again. Maybe I should have had, just so you wouldn’t be compelled to read the ebbs and flows of my romantic pyschobabbles about unrequited feelings. Oh well.

My friend has another date in two weeks. She’s on a roll! She asked me to come and have my own dinner date. I don’t know yet.  Maybe my friend just wants me to have my fair share of funny stories because hers have been so up there, our other friends now greet her by howling in laughter instead of saying hello. Hahaha!