Skip to content
[Contains show spoilers for season 3. Go somewhere else if you’re not like me who actually lightens up when reading spoilers. Thank you.] 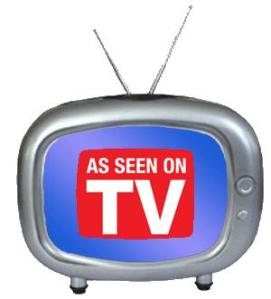 I am behind Brothers & Sisters episodes because I have been too caught up with House (believe me, I am close to memorizing the lines in Joy and The Itch) and I discovered The Big Bang Theory [it’s so fun, I’m telling you; I love Sheldon Cooper] and a new guilty pleasure, 90210. 🙂

Anyway, I am only done with the fourth episode of Brothers & Sisters; Saul retired from Ojai Foods, Kevin was “fired”, Sarah resigned, Kitty also resigned as Communications Director of her husband, Senator Robert Mcallister, and Nora decided to put up a foundation (Nerve Center?), and with no funds to start with, she decided to have a garage sale of all the Walker junk through the years.

I still like the banters of all of them. It makes me want to have 5 children in the future who would be that expressive and indignant with their feelings yet love each other at the end of the day.  No sibling relationship is ever peaceful anyway [quite like how Bree put it in explaining to Katherine that even if they fight all the time, what could be more sisterly than that? But hey, that’s from another show.)

Kevin rarely had an agreeable relationship with his brother-in-law (and senate representative, no less) Robert but when they were arguing over a bill on corporate taxation on the pre-text of wanting an old G.I. Joe figure, I already guessed that Robert would offer Kevin the job of (his sister) Kitty. Robert’s arguments as to why he wanted him made a lot of sense, and can be compared to early news of Hillary Clinton being groomed as the next Secretary of State. Oh yeah. True, very Team of Rivals-ish.

Anyway, of all the good drama surrounding the last episode I watched (titled Everything Must Go), as usual, because I am naturally narcissistic and vain, the conversation of Justin and her mother struck a few sad chords. Of all the Walker children actually, Justin is the most sensitive of all, and the most caring.  He never had a solid career though his being an ex-soldier was note-worthy.  He was the baby who also became a big family problem when he became an addict with numerous relapses even I lost count. In this particular scene, Nora asked Justin’s help to organize the garage sale, obviously to also get rid of William (the deceased Walker patriarch whose secrets and infidelities sprouted after his death)’s stuff.  Justin was hesistant because those were his Dad’s things; Nora was insistent but when they were all sold at the end of the day, reality hit her and they had this conversation:

Nora: Oh, I didn’t expect this. I thought it was just a bunch of stuff. I’ve come completely undone…I thought I was over it. I mourned and accepted it and when I looked at the table, everything was gone.

Justin: Mom, there are still some times when I wanna drink or get high and it sucks because just when I think I’m over it, I’m not. Sometimes it just feels like hell and I have to let myself feel that. But it does go away, Mom.

Nora: I wish he didn’t get to me. I hate that he gets to me.

Anyway, I have three more episodes to watch to be updated with the show.  I am also looking forward to Jennifer Aniston’s 30 Rock guesting [uhm, 87% uploaded, last I checked]. I am also checking out Fringe, True Blood, The Mentalist and more of Mad Men. Ah, TV. Thank you for the love. =)